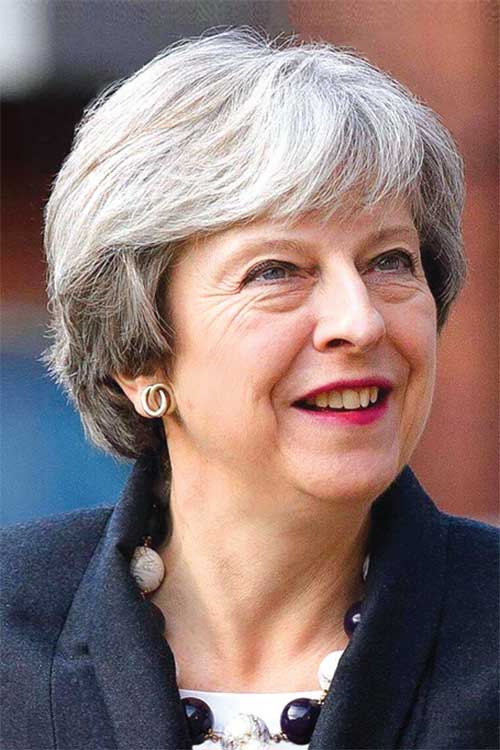 Theresa May served as Prime Minister of the United Kingdom and Leader of the Conservative Party from 2016 to 2019, during an extraordinary time in global affairs. She is currently the Member of Parliament for Maidenhead — a position she’s held for over two decades.

Mrs. May gives an incisive examination and unique insight about how politics, technology, and business intersect at a time of profound global change. Sharing lessons from her experiences over a storied career, she encourages listeners to recapture the spirit of common purpose in order to achieve progress across the world.

Mrs. May has been involved in politics at all levels for many years, starting out stuffing envelopes at her local Conservative Association before going on to be a councillor in the London Borough of Merton from 1986 to 1994. In May 1997, she was elected as the Member of Parliament for Maidenhead, the constituency in which she lives. She has held various positions in Parliament since.

Appointed Home Secretary in May 2010, Mrs. May made history by becoming the longest-serving Conservative Home Secretary in the past 100 years. During this time, she oversaw reductions in crime, reform of the police, and the introduction of the landmark Modern Slavery Act. In 2005, Mrs. May co- founded Women2Win, an organization dedicated to increasing the number of Conservative women in Parliament and in public life.

Following her election as Leader of the Conservative Party, Mrs. May was appointed Prime Minister in July 2016, where she became the first woman in British history to hold the position since Margaret Thatcher.

As Prime Minister, Mrs. May led negotiations with the European Union after the country’s historic Brexit referendum. She also oversaw the largest ever cash boost to the UK’s National Health Service and the largest expansion of mental health services in a generation. She launched a 25-year Environment Plan and introduced legislation to end the UK’s contribution to global warming entirely. She also established the first ever Race Disparity Audit to shine a light on injustices, and published a Modern Industrial Strategy to ensure that the jobs of the future are created across the whole country — not just in London.

During her time in Downing Street, the UK’s national debt fell, there were more people in work than ever before, and taxes were cut for 32 million people.